To receive the editor’s monthly newsletter, please fill in this form (on MailChimp). We won’t give your email address to anyone else – this is just for the Eye newsletter. (Your details will be processed by Eye Magazine in full accordance with all relevant UK & EU data protection legislation.)

As we embark on the summer months here in the northern hemisphere, I hope you are all safe and well.

We are pleased to see that subscribers are starting to get their copies of Eye 100 – see our Instagram stories for sightings of ‘#Eye100 in the wild’. For those of you waiting to buy the issue locally (as mag stores and bookshops begin to re-open), we have added a stockists section to our website, but you can always order single copies from the Eye shop. 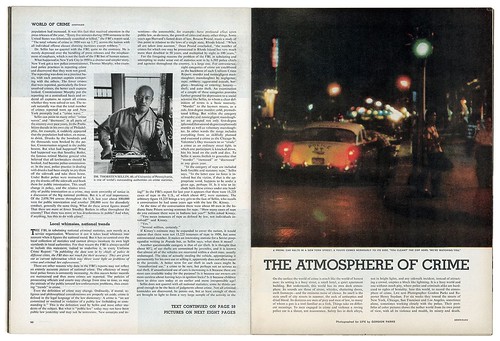 Pages from Life, 9 September 1957, shown in The Atmosphere of Crime (The Gordon Parks Foundation and Steidl, 2020).

Rick Poynor’s monthly Photo Critique ‘Netherworld of crime’ examines the work of African-American photographer Gordon Parks in the new photobook The Atmosphere of Crime, 1957, co-published by The Gordon Parks Foundation and Steidl. The book expands upon Parks’s impressionistic photo-essay about crime, originally shot for Life magazine.

Rick writes: ‘The book arrives at a time when the racist brutality of American police forces has ignited national and international fury, and this makes Parks’s earlier insights, as an African-American observer, of even greater interest.’ 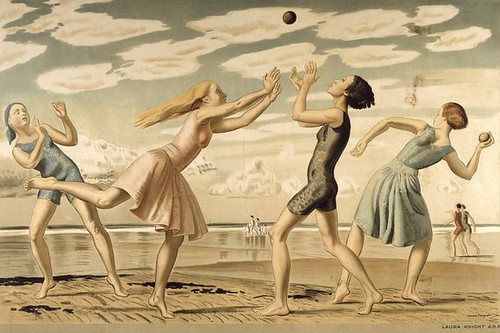 Advertisement for The Holiday Handbook for the Yorkshire Coast, LNER, featured in Justin Burns’s article ‘Books of seaside revelations’ on the Eye blog. Illustration by artist Laura Knight, 1929.

In ‘Virtually speaking’ on the Eye blog, design educator Nigel Ball weighs in on the positives that Covid-instigated online talks have offered students who live far from big cities.

Also, read anthropologist Rowan Gatfield’s ‘Roses and castles’, which investigates the visual culture of Brayford Pool’s narrow boats, and Justin Burns’s ‘Books of seaside revelations’ – the third instalment in his exploration of the graphic language of the seaside. We will publish the fourth in Justin’s series in the next week or so.

Art director Simon Esterson, business manager Janet South and Eye’s founding editor and columnist Rick Poynor enjoyed seeing those of you who could join them (in person, if physically distanced) at the recent ‘Every Eye Ever’ event at magCulture in London. The display of every edition from 1 to 100 turned Jeremy Leslie’s store into a surreal cross between gallery and newsagent, as Simon reports on the blog, complete with charming photographs by Arnhel de Serra.

For subscription queries, telephone +44 137 185 1885 or email us at subscriptions@eyemagazine.com